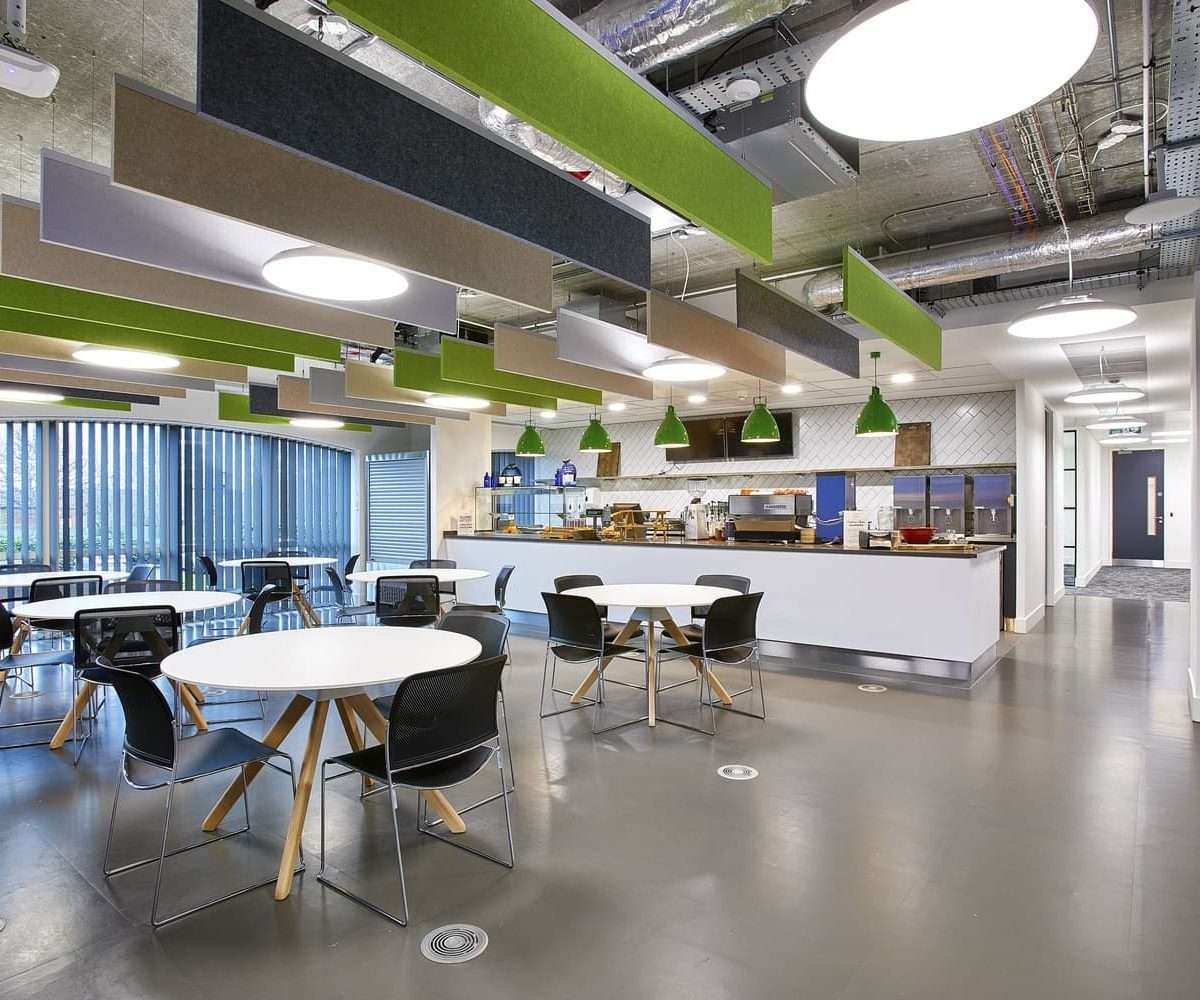 Sound Zero PET Ceiling Baffles are lightweight, ceiling mounted acoustic absorbers that are made from recycled plastic bottles. They are designed to drastically impact room reverberation time and stop echo… 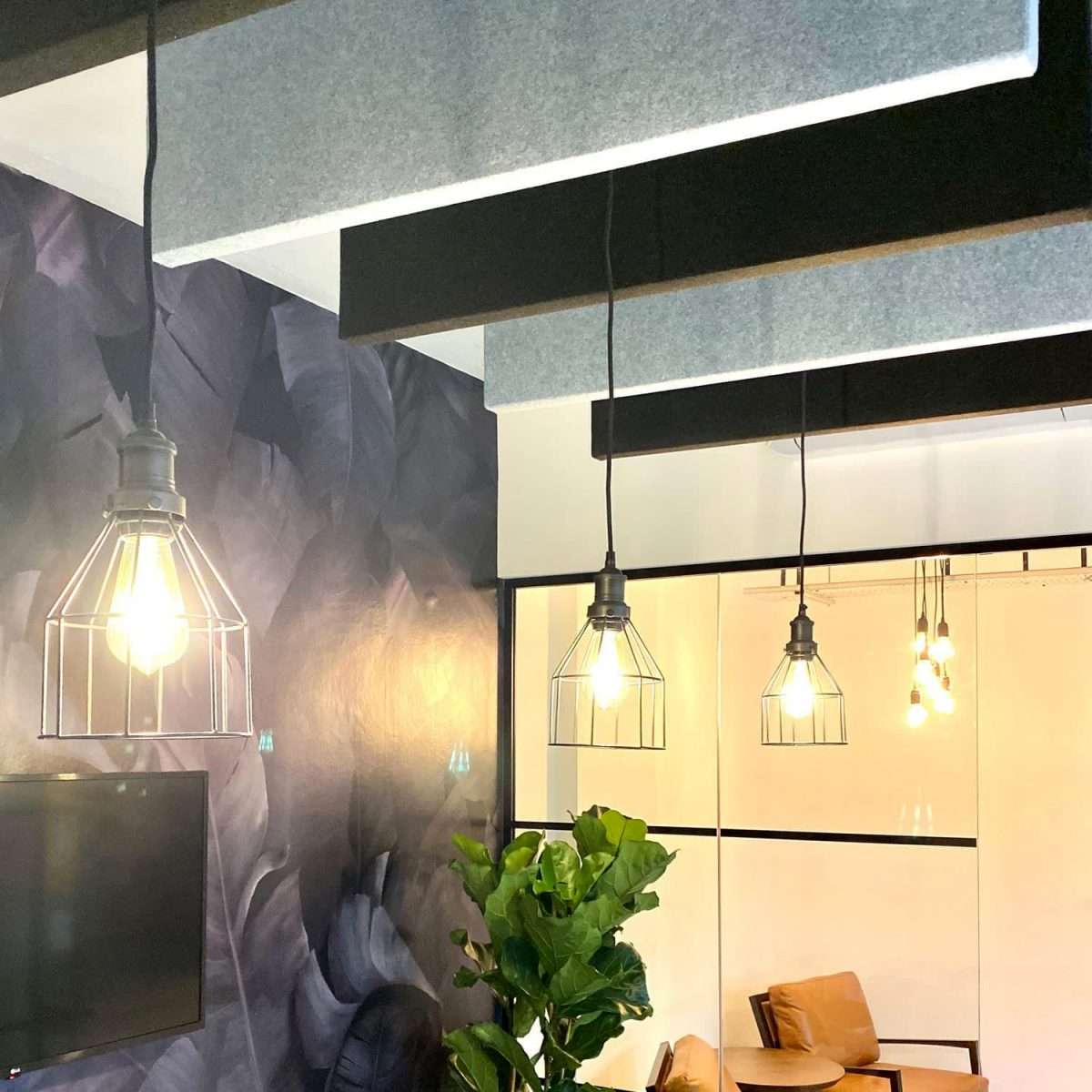 Like all of our premium range of acoustic Class A absorbers, Fabric Wrapped Baffles feature both our Class O and Basotect acoustic foams, layered together at a depth of 75mm,… 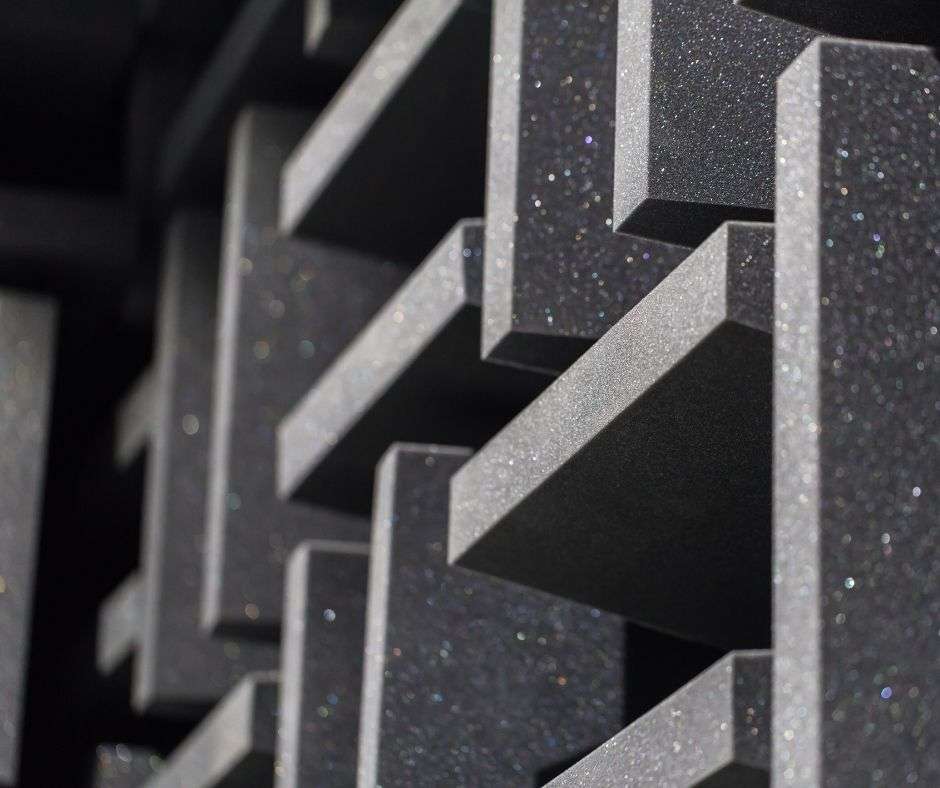 Noise issues are perpetuated when common source sounds such as voices, the telephone, a radio, television, or even a kettle are reflected off of hard, reflective surfaces and allowed to bounce around a room uninterrupted. If left untreated, this causes long reverberation times (RT) as sound echoes around a space in a muddle of noise.

In applying acoustic coverings in the form of foam, cork, G25, melamine or PET to the ceiling, you are helping to create a more pleasant and calm environment for those using the space, not to mention achieving heightened speech intelligibility meaning better concentration and communication.

What is acoustic ceiling treatment?

As the name suggests, acoustic ceiling treatments are acoustic solutions that are placed on the ceiling to help dampen sound in large, open spaces. They are used to both absorb and diffuse sound by disrupting airflow.

Acousticians will often turn to the ceiling first as a way of controlling poor acoustics without tampering with the existing décor or functions of the room.

An ideal scenario would be a combination of both acoustic ceiling treatment AND acoustic wall treatment, tackling all the first and second point of reflections, whilst ensuring a room has around a 40% coverage of absorptive material to fully solve any acoustic anomalies.

In some cases, a wall is not an appropriate place to hang acoustic panels. This is mostly true in work-based environments where walls are used for other activities, such as document holdings, stationery, machinery, and so on. Additionally, walls are often used for decorative purposes in many situations.

What are the issues surrounding acoustic treatment and how do we overcome them?

It certainly takes an element of creativity to apply an acoustic panel system to a ceiling. There are a variety of potential barriers, for example, lighting, wiring, PIR sensors, and air conditioning systems, to name a few.

When you are dealing with such instances, we may seek to suspend the acoustic panel so as not to tamper with any of the ceiling’s existing fixtures.

Another issue that we may come across is the ceiling shape itself. Not all ceilings are flat surfaced. Again, this will require an element of creativity in order to achieve the best possible outcome. Sound Zero acoustically treated the entire ceiling span of The Kernel Brewery’s converted railway arch-come-Taproom to improve reverberation time and speech intelligibility. This is a prime example of how we can overcome the unusual shape of a building to effectively treat the ceiling.

When suspending acoustic panels from the ceiling, the visual impact can be quite stunning. Those entering a room for the first time will most likely mistake the acoustic ceiling covering for a piece of artwork, which is why acoustic ceiling treatment is becoming more and more popular in modern design and architecture.

As previously mentioned, large, open spaces particularly benefit from an acoustic ceiling treatment as there are enough walls to get to the 40% mark we are aiming for. Examples include (but are not limited to):

Yet, smaller rooms such as office meeting rooms, or more intermate restaurants equally benefit as the acoustic ceiling treatment is up out of the way and requires no maintenance.

All examples demonstrate situations that are subjected to a high traffic of people throughout the day. There’s nothing worse than not being able to engage fully in a conversation due to poor acoustics. How many times have you struggled to hear someone in a busy restaurant?

Talk To Sound Zero About Your Acoustic Ceiling Treatment Options

There is no ‘ceiling’ to your creativity with our unique ceiling solutions, so why not talk to an expert today about our wide variety of options?